We are consistently named one of the top courses you can play in Nevada. 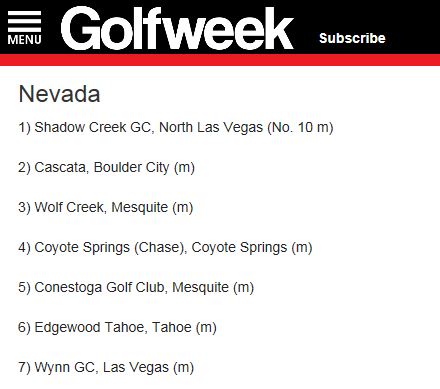 Since opening Conestoga Golf Club has consistently been ranked amongst the Best Courses You Can Play by Golfweek Magazine. This gem has been ranked as high as #5 in the State of Nevada by this coveted ranking in 2013. 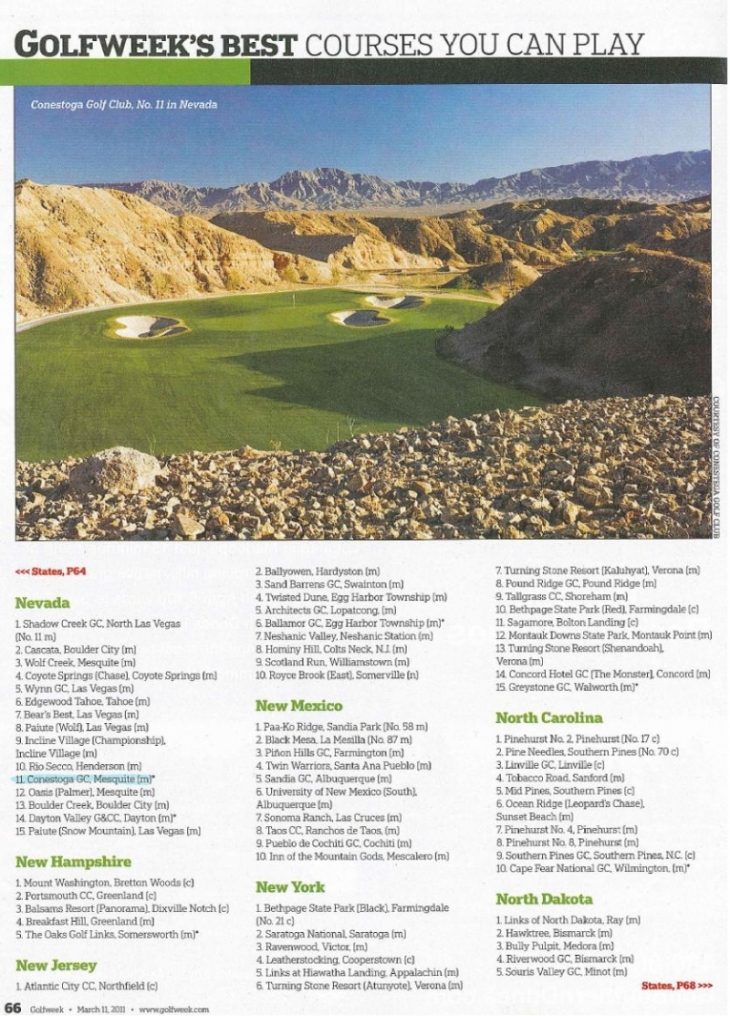 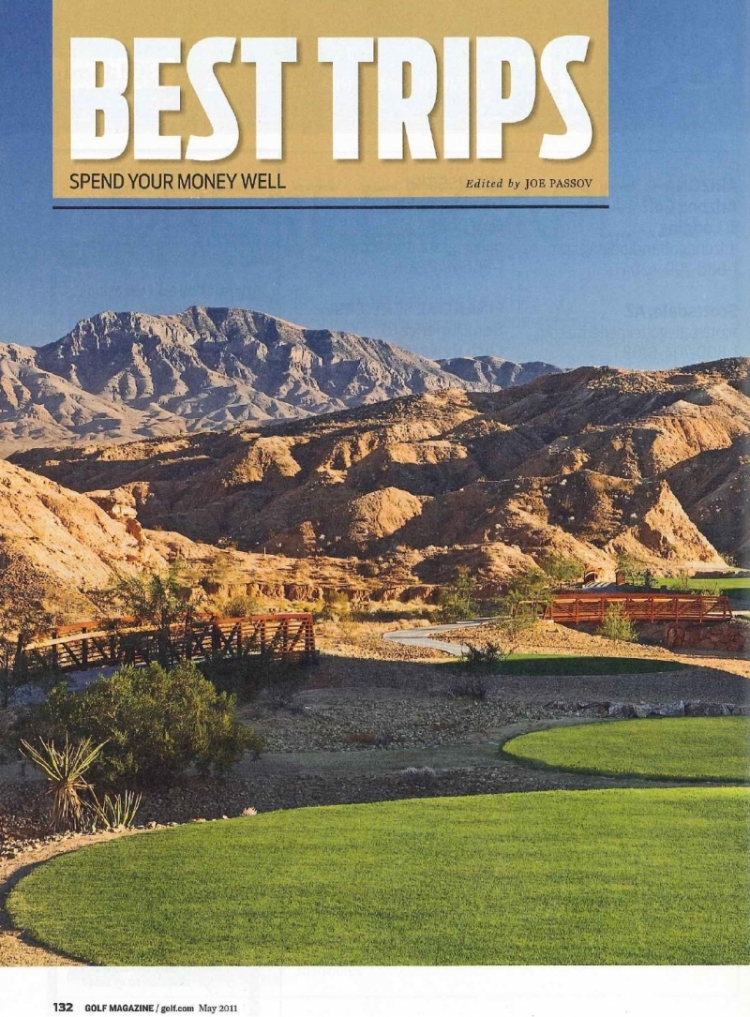 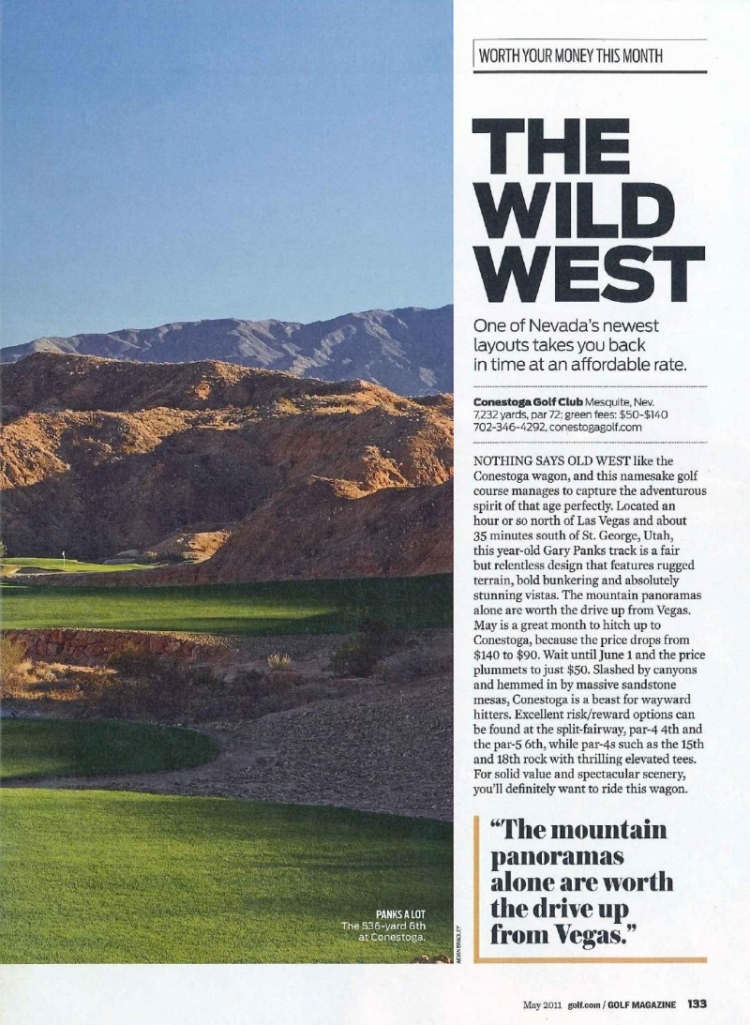 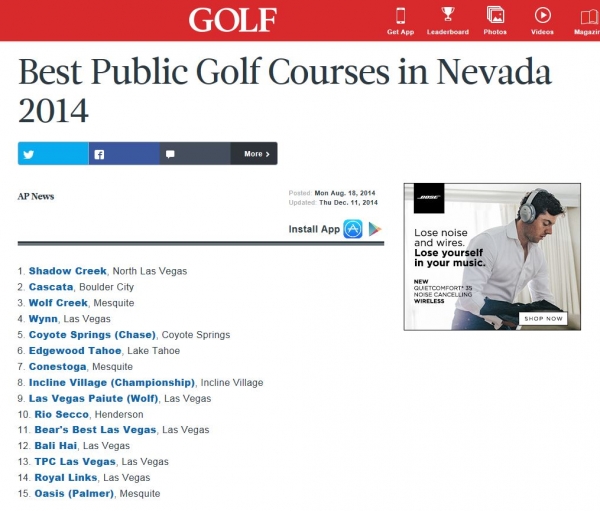 It’s always been a pit stop, but now Mesquite gives you plenty of reasons (and courses) to stay
By Gary Van Sickle,Senior Writer, Sports Illustrated

MESQUITE, Nev. — This town has always been a pit stop. Pioneers stopped here because the Virgin River meandered past, and water was life in the late 1800s, when settlers first tried to live off this land. Mesquite, 90 miles slightly northeast of Las Vegas, is a different kind of pit stop now. A river still runs through it. So does I-15. A quiet little village of 1,871 residents as recently as 1990, Mesquite now has more than 15,000 and is gaining popularity as a retirement area. It has multiple stoplights. It has two exits on I-15. It has several major casinos, assorted hotels, a cartel of nine area golf courses, booming housing subdivisions under construction and even its own giant Wal-Mart. It’s home to the annual ReMax World Long Drive Championship, which is contested on a grid built into the side of the picturesque, salmon-colored mesa wall that highlights this stark but beautiful valley.

Golf and gaming and entertainment and quality of life are what Mesquite is all about. Since Las Vegas went upscale, Mesquite has taken over as a destination where everything is affordable, from the gambling (penny slots are alive and well) to the hotels (no glorified theme parks here) to the golf (especially when compared to the pricier Vegas greens fees). Here’s the part you’ll care about — the golf courses are spectacular. There is no other word for them. I haven’t toured the whole nine-course circuit that makes up the marketing group known as Golf Mesquite, but I played four tracks in four days. They’re worth the trip and frequently camera-worthy….

The Conestoga Golf Club, located back in Mesquite in the hills near the long drive grid, may be the most spectacular layout of the four. After four holes, the foursome in front of my group was three holes behind the group ahead of them. After they left the first green, my group hit four approach shots, two chip shots and putted out. When we got to the next tee, two women in the group ahead still hadn’t teed off. It had to be camera-related. Most of Conestoga’s front nine begs to be photographed.

This course is a trip. The front nine winds up and down and around rock formations and arroyos, almost a lunar-like landscape. It’s like playing golf on the moon, but with full gravity.

The second hole is, indeed, something to behold. It’s 162 yards from the gold tee and pretty much straight down, a 100-foot drop to a postage-stamp green. I won a closest-to-the-pin contest there with a well-struck pitching wedge, but it’s all about picking the right club, which is a total guess the first time you play it. Conestoga’s front nine is a series of eye-poppers. The sixth hole is a winding par 5 that requires carrying a ravine-like wash twice, with a right side bordered by huge foothills. The fourth is a medium-length par 4, but the tee shot is blind. If you’ve played it before, you’ll know you can smash a driver and carry 237 yards over a wash to leave yourself a pitch to the green. If you haven’t, you’re likely to timidly lay up with a 200-yard shot to the end of the fairway, which is atop a 50-foot plateau and leaves you with a 170-yard approach to a green guarded by a deep bunker left and a rock wall in back. This hole should come with a tour guide. The seventh is another fun hole, a drivable par 4 (286 from the gold) that’s blind. All you can see are a couple of deep bunkers in the distance. They’re well short of the green but provide visual intimidation. I invoked the I-didn’t-come-2,000-miles-to-lay-up rule and hit driver, and I was pleasantly surprised to discover I was on the green and putting for eagle. Like Falcon Ridge, Conestoga has spectacular holes. A second round, once you know where you’re going, would help your comfort factor and your enjoyment level. The back nine is pretty good, too, but plays through some sections of housing and past some areas where they’re putting in foundations for more homes. The views aren’t as stunning on the second nine–how could they be?–but the holes are fun and, from the back tees, more challenge than you probably need.

Four days here equaled four days of spectacular golf. I wasn’t expecting anything this good. It was a nice surprise and an eye-opener. Mesquite is a totally legit golf destination, one of the better ones, in fact, and I haven’t even finished the whole circuit yet….Damn. Guess I’m going to have to come back next year for another pit stop.

Top in the State